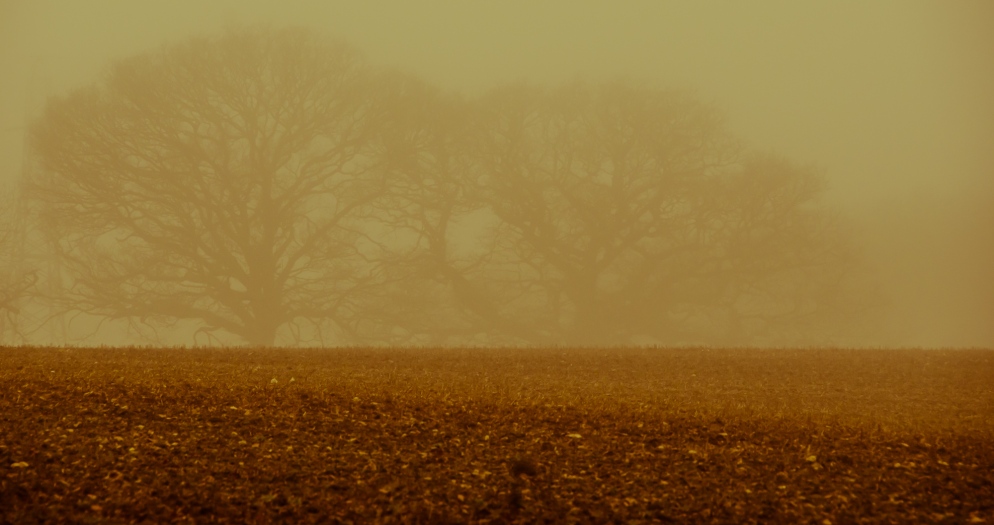 The National Trust estate where I volunteer on has a number of fishing beats for fly fishing.  The season has just finished so the river keeper invited us to have a day on one of the beats to try fly fishing (Not sure anyone caught anything though!).  Bacon sandwiches on arrival then BBQ’d trout for lunch.  Very nice.  I liked the simplicity of the setup.  You have a rod, a reel, a landing net, and some flies.  That’s all you need. 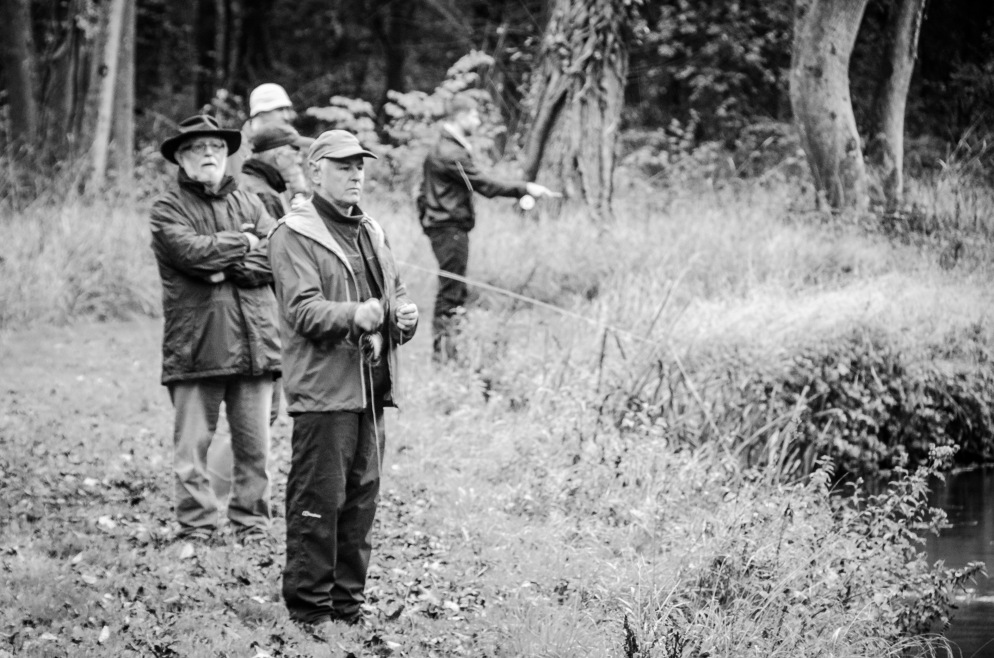 The nation demands firewood… and I’m there to produce it.  Well, this isn’t me – I’m busy taking photos, but a bit of rain isn’t going to stop our production line. 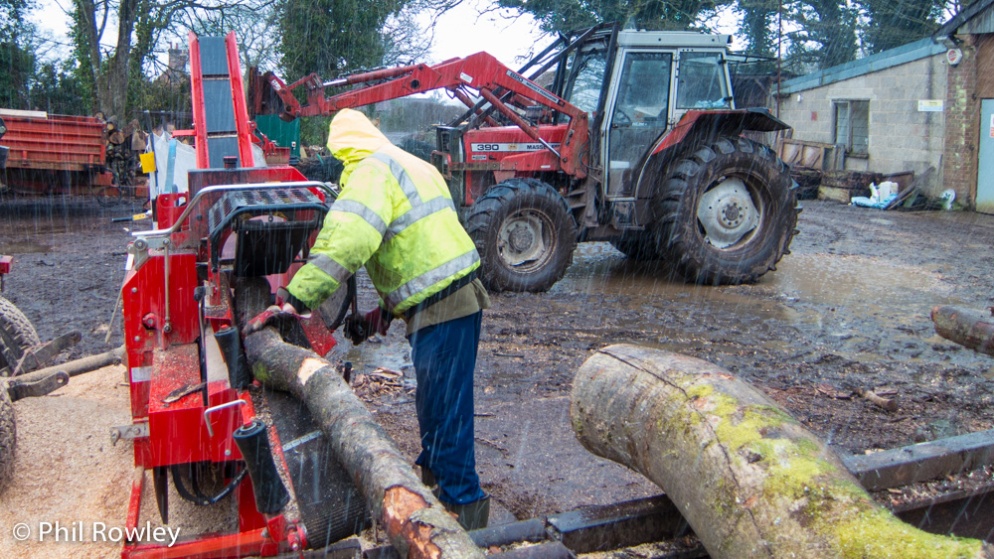 I love trees… especially the ones that stand alone, and take the full force of the wind…. hopefully not falling over. 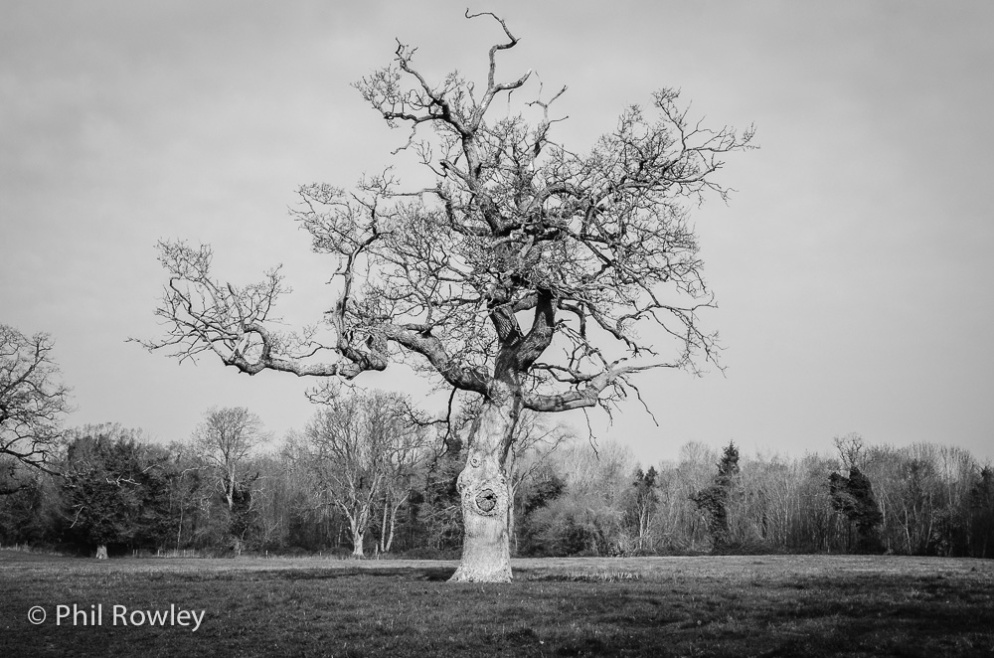 Taken towards the end of last year on my pocket camera at Mottisfont, Hampshire. 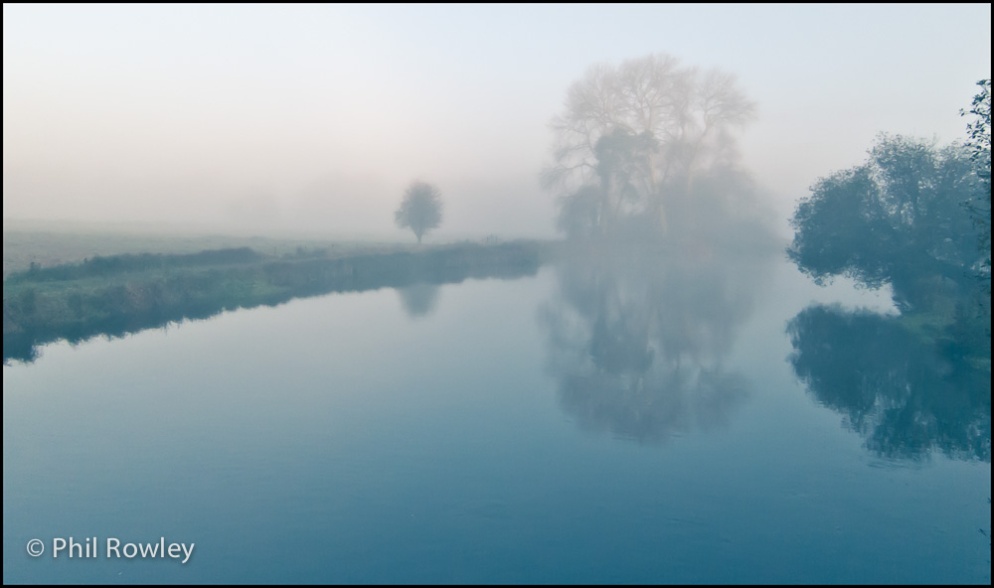 Every Monday I’m out in the woodyard making firewood.  Eventually it might get cold in the UK and more people will buy it.  Not at the moment though. Tomorrow is due to be the warmest Halloween on record.  I digress.  Every Monday this little chap appears (or there’s more than one and they all look the same). 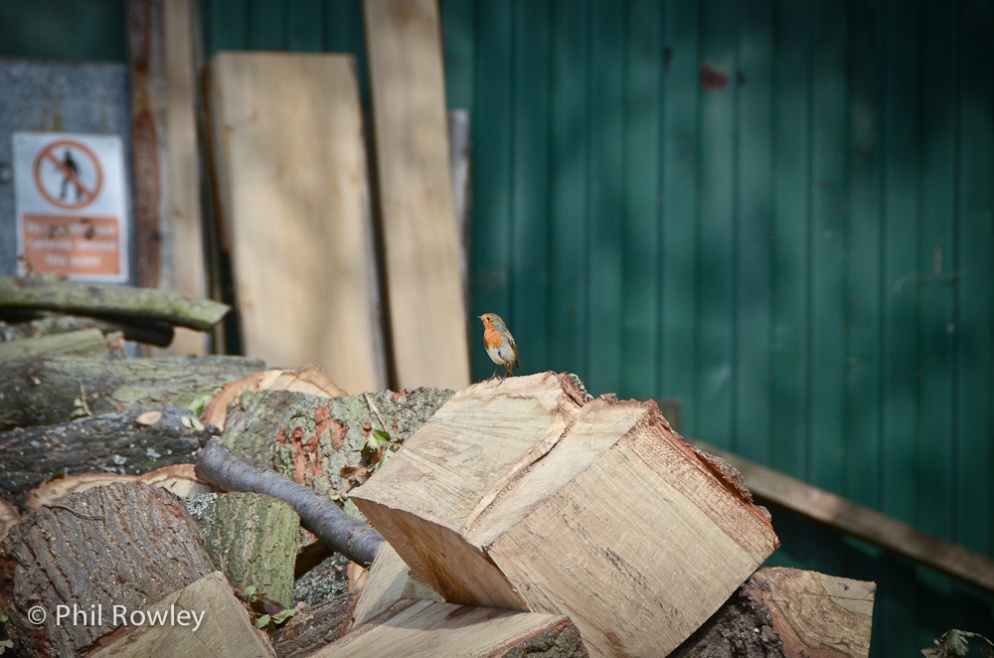 This was taken on a walk  through Spearywell Woods in Mottisfont, Hampshire, which is owned by the National Trust.  It has a fantastic Beach tree plantation, although much of Spearywell is softwood. 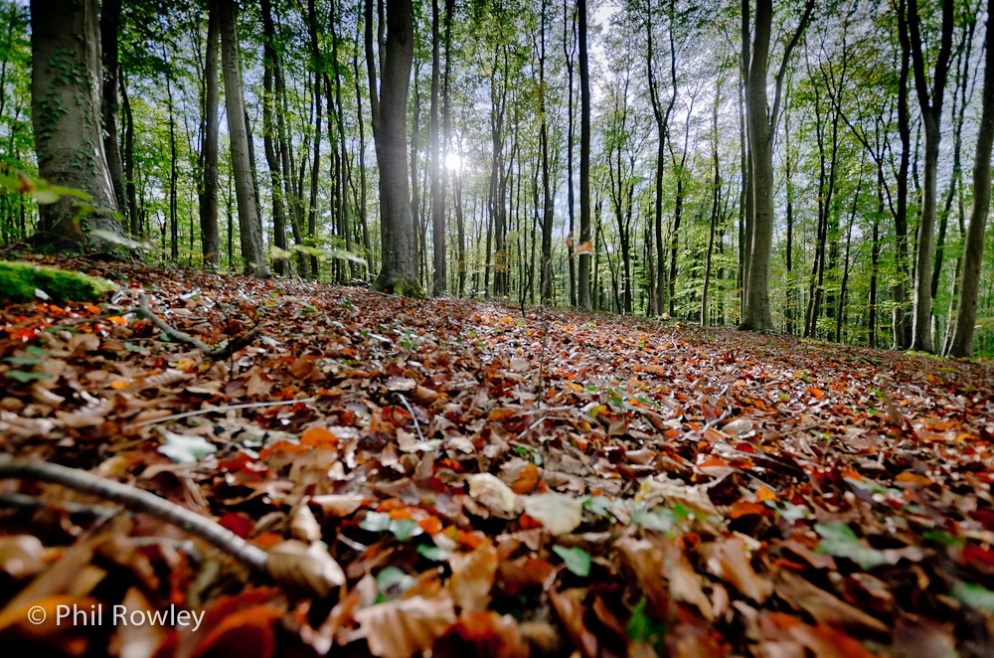 I feel a bit guilty about this.  Having spent the morning in the New Forest taking photos, I arrived back at Mottisfont to find the other volunteers pretty much dead on their feet having started clearing out a ditch ready for re-fencing.  I continued to take photos….. 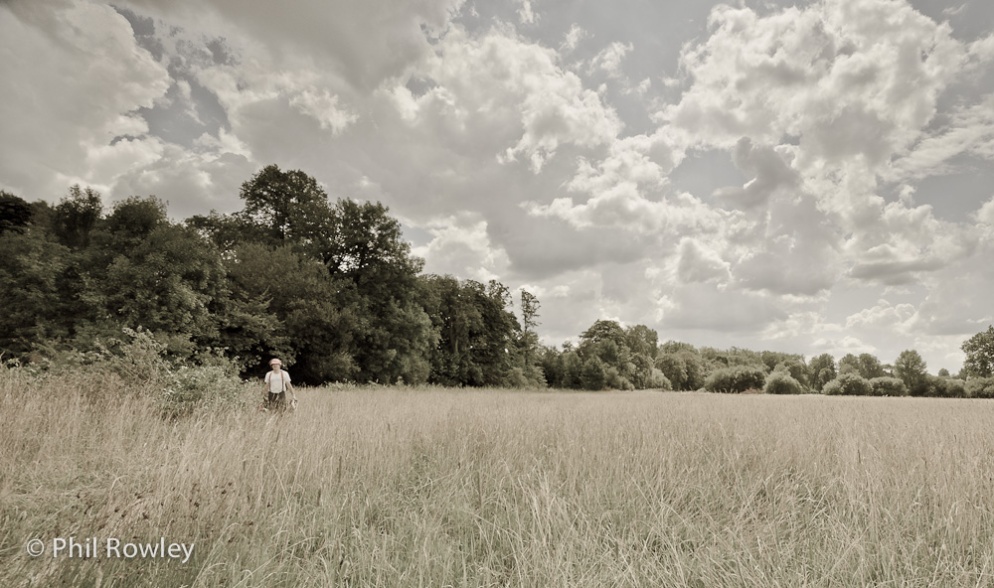 This week, I have mostly been involved in making boards using a Woodmizer.  Well… I haven’t made the boards, that was left to a skilled operator.  I just operated the fork lift to move things around, and throw the slab wood in piles.  But it’s been a good 3 days that I have been involved and everyone can be proud of our efforts.  This is a photo of one our our bigger trunks.  Impressive! 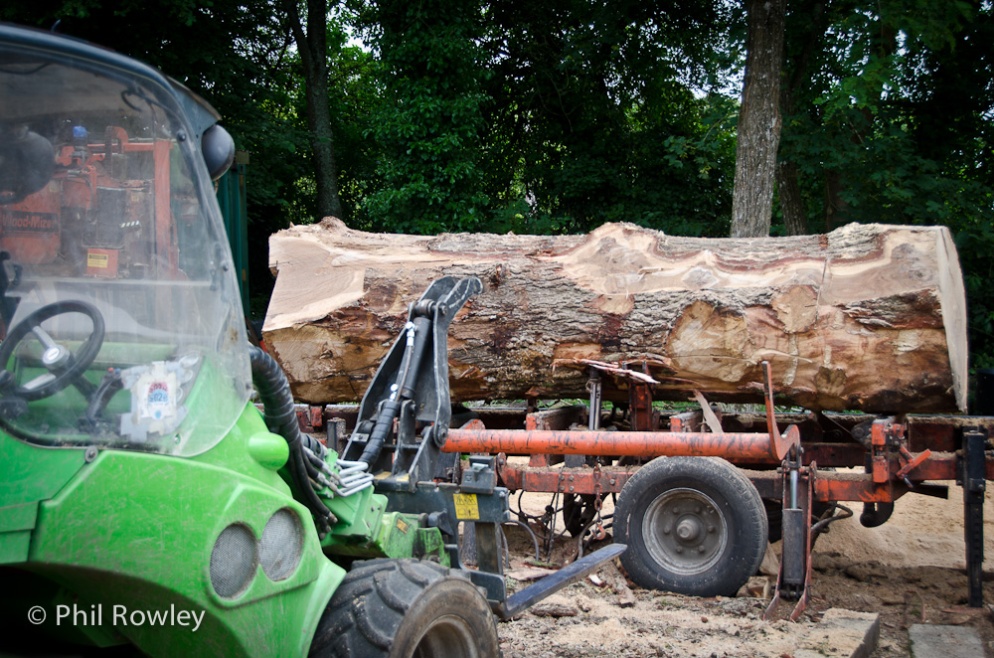 The majority of photos needs a touch up (unless you know what you are doing or are Amazon of course with the patent for photographing an object against a white background. It needs no touching up.)

I took the photo below which was more for the record of the area rather than get a great photo.  I probably would have gone at a different time of day to try and achieve better light if I had time.  It’s underexposed (deliberately) and the sky was a wash out.

I decided I would replace the sky…. I’ve never been keen on this because I think it detracts from the effort that a photographer puts in to get the perfect shot.  If you’ve only got one chance to get a photo though, should it be okay to put in a new sky?  Probably yes as long as you don’t enter the photo into a competition. I used a combination of Photoshop and Lightroom to alter the photo.